Chair's Column: Championing the Promotion of our Faculty on the Basis of Sustained Excellence in Teaching 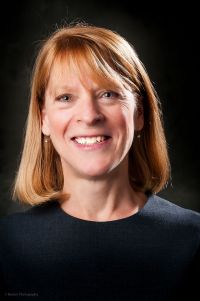 Gillian Hawker In my first year as Chair, I heard repeatedly that the University valued researchers more than teachers and clinicians. As with any academic department in the Faculty of Medicine, we need all three pillars of the academic mission – clinical care, teaching/education and research - to be successful. We had clearly not demonstrated this in our practices. One glaring problem was that the hill to climb from Assistant to Associate or Associate to Full Professor seemed steeper for teachers than for researchers. While benchmarks for excellence in research are relatively straightforward, such as publications, grants and invited lectureships, this could not be said for the benchmarks for sustained excellence in teaching.

At the University of Toronto, excellence as a teacher is assessed based on teaching evaluations (POWER, MEDSIS, and others; both scores and comments), student testimonials, teaching awards (both receipt and nomination), and the opinions of internal ‘peer’ referees. This intuitively makes sense, but there are some inherent challenges.

First, we are an enormous department and the opportunities for major teaching awards were relatively few.

Second, POWER and MEDSIS scores, and the associated qualitative comments, are imperfect measures of teaching quality. Pretty much everybody gets a bad score or comment at some point along the way and the more you teach, the more often this is likely to happen. Despite this, about 90% of our Clinician Teachers and Educators receive POWER scores that are consistently in the > 4.0/5 range which, according to the form, indicates ‘excellent’ or ‘outstanding’ level of teaching. In the face of relatively little variability in (and overwhelmingly high) scores, how should one define “excellence”?

Third, the concept of “clinical teaching” is poorly understood by non-clinical faculty members. What we do differs from teaching in a classroom or seminar, or to graduate supervision, and it is not always easy to explain. How vital this is to the training of physicians is also perhaps under-appreciated.

Finally, there is the issue of how one defines ‘sustained’ with respect to excellent teaching. The Handbook for Senior Promotion from the Faculty of Medicine recommends about ten years as the benchmark for demonstrated “sustained” excellence in teaching. I am not sure where this time came from, but it has seemed to stick. Ten years is a long time!

Over the past five years, the Department of Medicine has worked hard to break down these and other barriers to senior promotion based upon Sustained Excellence in Teaching (SET). Senior promotion is among the most meaningful methods for which the excellence of our faculty members is recognized, and acknowledging our Clinician Teachers and Educators through such means is of paramount importance to our Department!

To increase nominations of our faculty members for major faculty, national and international awards in teaching and education, we established a departmental Teaching Awards Committee, chaired by Dr. Martin Schreiber. We also bolstered the fairness and transparency processes of the nominations. Following suit, University divisions and hospital Departments of Medicine have similarly increased their own opportunities for faculty recognition for teaching excellence. In 2018, we added a new William Goldie Prize and Travel Award specifically to recognize teaching for faculty within their first ten years in practice, in addition to our Goldie Prize for Education Scholarship. Last year, under the initiative of undergraduate medical students, the MD Program launched their own award, the MD Program Teaching Award for Excellence, which recognizes faculty who have attained Teaching Evaluation Scores in the top 10% in one or more of the teaching activities to which they have contributed. In 2019, more than 120 of our faculty received this award!

Other initiatives the DoM has undertaken include increasing the availability and timeliness of teaching evaluations (through POWER and MEDSIS) and improved mentorship of our CT and CE faculty. Readiness for promotion has been included in the Annual Faculty Review checklist to help prompt our leaders. We have also made major efforts to simplify the documentation required for promotion, both from promotion candidates and referees, and have increased the investment of time and efforts by the DoM Senior Promotions Committee to ensure each candidate dossier is the best it can be. Critical to the success of our promotion candidates, we launched a series of faculty development workshops led by Drs. Ed Etchells and Brian Wong on how to “tell your story” when preparing the Candidate’s Statement for promotion.

Given the above, you can imagine my delight when, while writing my most recent Chair’s letters to the Decanal Committee, I noted a larger than usual number of faculty members going forward for promotion based on Sustained Excellence in Teaching.

Was this a blip? Here is what I found:

Figure 1 - Number of Promotions by Criterion & Position Description Between the 2014-15 and 2019-20 academic years, we have sent 232 faculty members’ dossiers forward to the decanal committee for consideration (the 2019-20 group is under review now). Of the 232, 21 are clinician educators (CEs) and 47 are clinician teachers (CTs).

Only 38 individuals (16.4%) were promoted over this time period based on Sustained Excellence in Teaching – 27 CTs, 10 CEs and 1 Clinician Administrator (CA) (Figure 1). If you would like to know who these incredible teachers are, click here. For a list of our incredible educators who were promoted for Sustained Excellence in Teaching, click here. An additional 35 faculty members demonstrated teaching excellence, but went forward for promotion based on Creative Professional Activities (CPA) and/or Research.

So, what does all of this mean?

POINT ONE: The University promoted about half of our teachers and educators based on SET. Given that 40% of our full-time faculty are in CT or CE position descriptions, these data validate the importance of championing SET as a criterion for promotion at the University.

Figure 2 - Distribution of Promotions by Criteria & Year (all position descriptions, n=232) Given this, I looked at the proportion of faculty members seeking promotion based on SET per year since we implemented the above-noted strategies (Figure 2). I was so happy to see the results!

Shown in red, only 3.6% of DoM promotions were for SET in 2014-15. Since then, the proportion has steadily increased. In this latest promotion cycle, we sent over one-third of our candidates forward to the Decanal Committee based on this criterion.

POINT TWO: Over the past five years, the proportion of faculty members promoted based on SET has gone from 3.6% to 36.4%.

What about time from initial appointment to promotion? As noted above, ten years is the benchmark for demonstrated “sustained” excellence in teaching. It is not surprising then that the median time to promotion to Associate and Full Professor for SET is ten years (the range is between 4 and 18 years). However, there is good news. The proportion promoted in less than ten years is on the rise. (Figure 3)

Figure 3 - Time to Promotion Based on SET by Year (all ranks combined) POINT THREE: Although the total number of promotions based on SET over the past five years is relatively small (n=38), the proportion that were promoted less than ten years from appointment or last promotion has increased.

Of course, I am fully aware that I cannot draw a causal link between the initiatives the Department of Medicine has undertaken and the increase in promotions based on SET. However, I hope they have meaningfully contributed. Other potential explanatory factors include, but are not limited to, the clear commitment of the Faculty of Medicine to valuing our clinical teachers and new Decanal Committee Leadership under Dr. Mary-Jane Esplen, who has been open to feedback and revision of the promotions criteria and processes.

Regardless of all the possible explanations, this is a good news story! I often hear that it is “impossible” for teachers to be promoted through the ranks. I think these data show us that this is not true.

Spread the word! I look forward to continuing to champion promotion of our outstanding teachers and educators through the academic ranks at the University of Toronto.